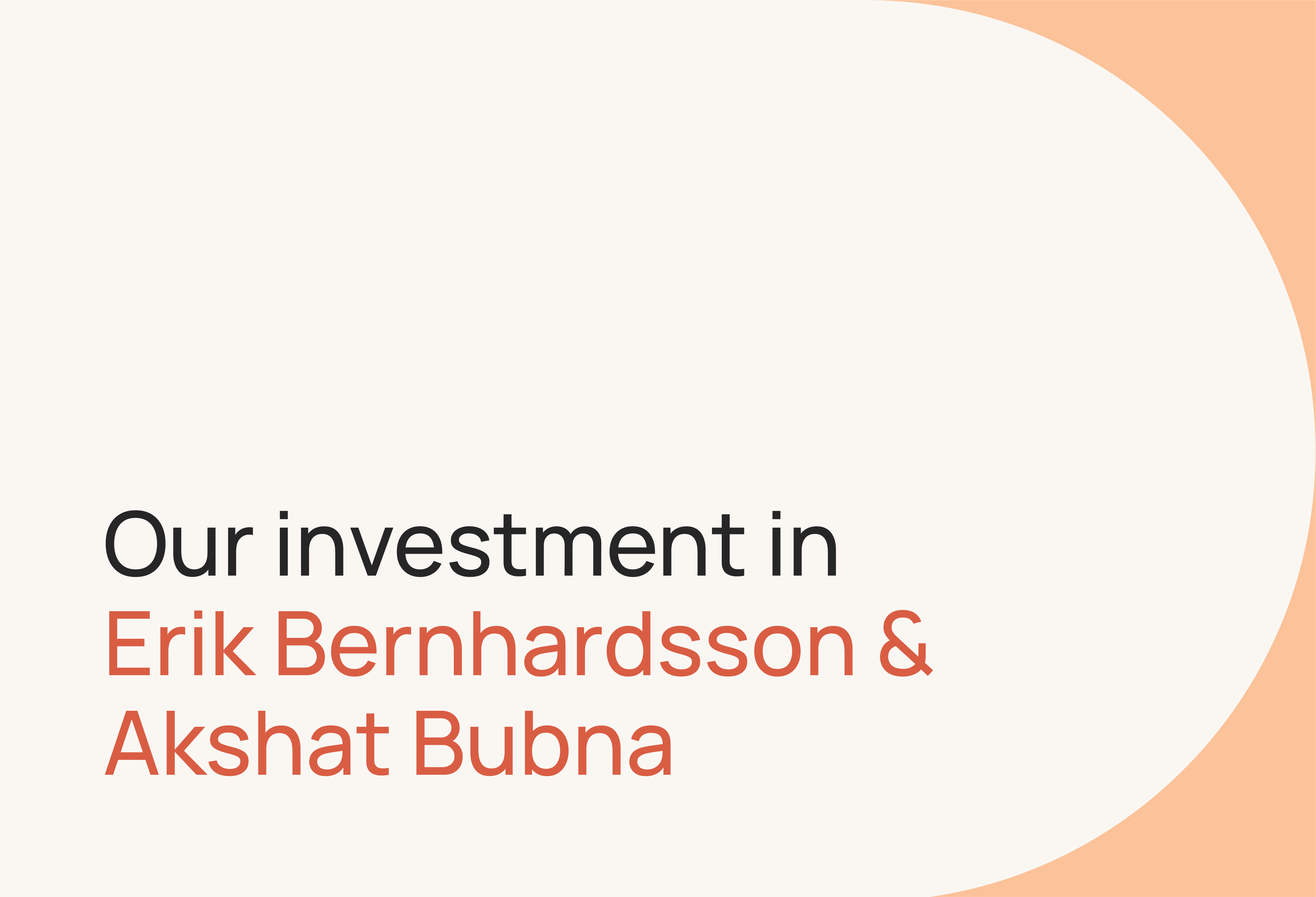 Amplify has always been dedicated to investing in radically technical founders reinventing the enterprise. Erik and Akshat embody this architype. We can’t wait to share more about what they’re building and how it will impact how technologists work in the future!

I met Erik in the fall of 2019. A lot has changed since then. He’s prepared a 100+ person team for a SPAC process. He’s left his position as CTO of Better.com to start a company focused on building tools and platforms that will make data and developer teams radically more productive. He’s connected with Akshat Bubna, an exceptionally talented co-founder, and recruited a team of 4. He raised a seed round led by my team at Amplify Partners. And a global pandemic happened.

Erik and I first connected 2.5 years ago through his work on approximate nearest neighbor search frameworks. As the creator of Annoy, one of the most popular approaches to implementing search and recommendation engines, Erik shared critical feedback on my investment thesis on how vector-based systems might replace their token-based counterparts. We continued our conversation for over 2 years, covering topics ranging from the best approaches to measuring engineering efficiency to the shortcoming of data workflow orchestration tools. In each conversation, Erik meticulously analyzed people, teams, and organizations in a way that made me revisit my prior assumptions and conclusions. I believe that the smartest people are those who can change your mind – so Erik is clearly among this group.

Erik is known not only for his open source contributions including Annoy and Luigi and insightful posts on software development but also for his achievements in competitive programming. He received an IOI gold medal and participated in the ACM-ICPC world finals twice. His prowess in competitive programming and algorithmic approach to solving problems is reflected in his code AND his approach to company building. He solves challenges like recruiting founding engineers and structuring venture capital deals in a similar way to how he solves programming contest problems. As such, our team is highly confident in his ability to define and implement an original and compelling go-to-market strategy and product, while also hiring the best and the brightest in the world.

Our conviction in Erik is validated by his choice of co-founder, Akshat Bubna. Like Erik, Akshat is a competitive programmer and the recipient of the IOI Gold and Bronze medals. His clear empathy for data practitioners and developers and strong product intuition is as evident as his transcendent technical skills. Akshat deeply considers not only how to build great tools but also how those tools can be used most effectively and might be used in unanticipated ways. He examines developer behaviors not only through the context of what he’s building, but also by observing a broader ecosystem of tools and platforms with which potential users interact. These patterns reflect Akshat’s commitment to building a company that will meaningfully expand what data and developer teams can create.

Amplify has always been dedicated to investing in radically technical founders reinventing the enterprise. Erik and Akshat embody this architype. We can’t wait to share more about what they’re building and how it will impact how technologists work in the future!