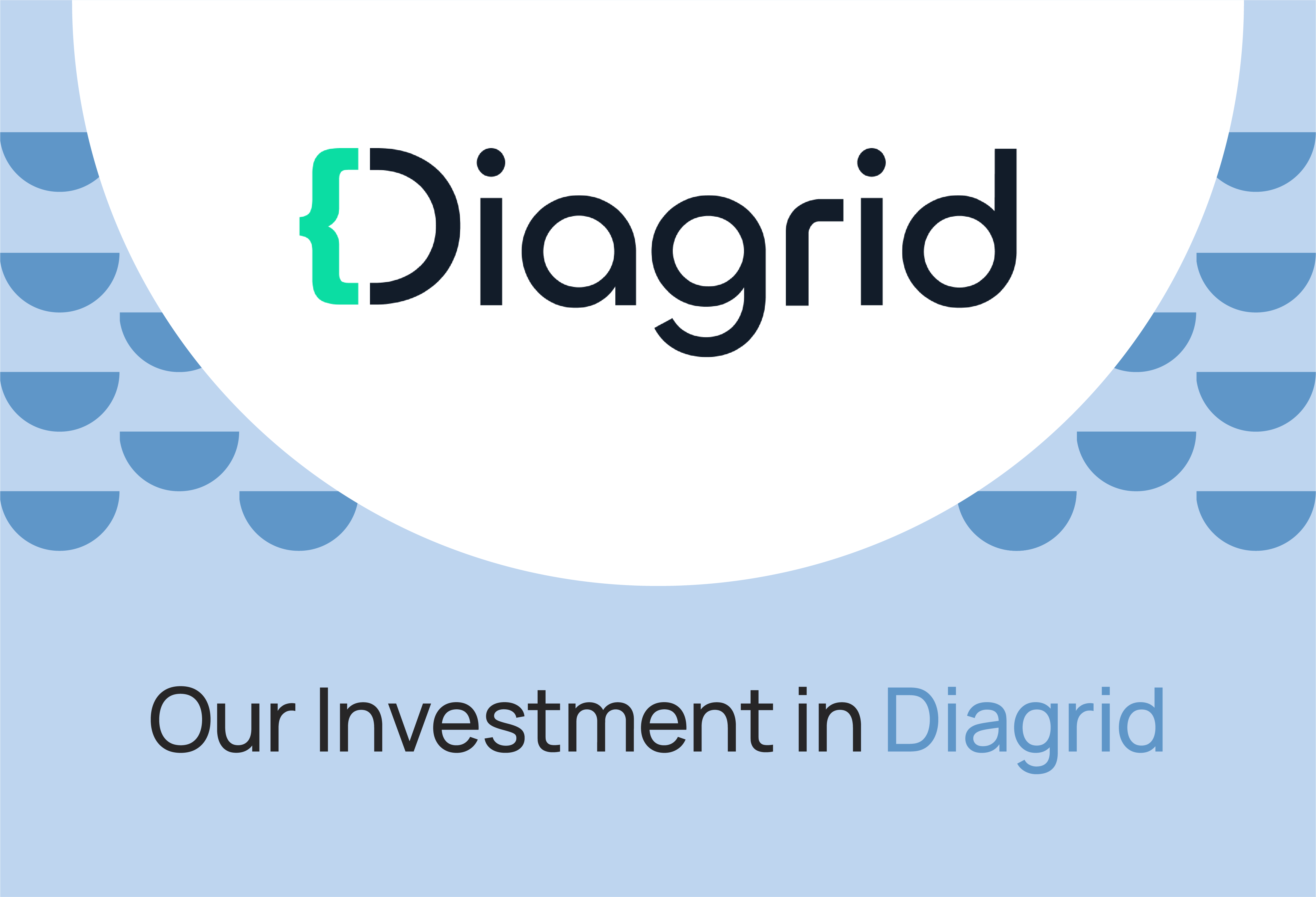 With Diagrid, any container or serverless runtime becomes a full-fledged application platform; you can kiss these Frankenstein architectures “goodbye!”

By Lenny Pruss and Renee Shah

Monday meetings at Amplify are different from those at most venture funds. Instead of debates about “companies” we’re tracking or “deals” getting done, a majority of the discussion is centered around brilliant “people” working on new, transformative “projects.” People working on projects – this is the atomic unit that drives day-to-day operation at Amplify. So while the story of Mark Fussell, Yaron Schneider, Dapr, and ultimately Diagrid is truly one-of-a-kind, the way we came to know and ultimately support these brilliant founders is fairly typical by our standards. Here is that story…

We first met Yaron and Mark, co-founders of Diagrid, in March 2020. Mark and Yaron were Microsoft veterans and the recent creators of a new open source project called Dapr. Dapr had drawn our attention many months before when it was first announced in October 2019 and then again and again when it kept “trending” on GitHub month after month.

In our first encounter with Mark and Yaron, we were inspired by their obsession with solving the problems of modern developers. Dapr had grown out of their own frustrations and their customers’ frustrations building microservice architectures and wrangling the complexity of distributed systems.

As we came to know Mark and Yaron over the next many months, we were struck by a few qualities: 1) their deep understanding of and appreciation for the power of open source and community, 2) their empathy for modern application developers and platform engineers, and 3) their steadfast vision for a developer experience that didn’t put ease-of-use in conflict with power and flexibility. This, of course, is to make no mention of their technical wizardry or the fact that they’re some of the most amiable humans we’ve met.

Despite our initial prodding, Yaron and Mark didn’t have grand ambitions to form a company around Dapr; they were dead-focused on solving the problems of customers. Soon enough, however, Dapr began to take on a life of its own. As more developers heard about Dapr, the project grew like wildfire – up to 2,200 contributors, 4,700 Discord members, and 19,400 Github stars today. Companies like IBM, Zscaler, Bosch, Alibaba and even NASA have all chosen Dapr. In venture, we often talk about moonshot technologies, but it’s rare that the technologies we invest in actually power applications aboard space stations.

It was this inexorable pull from the market that jolted Mark and Yaron to ultimately found Diagrid.

So what was it about Dapr that struck such a nerve with developers? In talking to dozens of users who were all evangelical about this technology, it was clear that Dapr gave them super powers. Dapr is an application-centric abstraction that works across all programming languages and removes much of the complexity of the underlying infrastructure. Dapr provides developers with a set of APIs that obviate the distributed system cruft – things like pub/sub, state management, and virtual actors become as simple as an API call. Dapr is an intermediary, meaning it connects an internal service with an external service, and it cleanly separates application logic from the infrastructure code. For example, with Dapr, developers can easily switch from DynamoDB to Firebase as a state store without changing the application code (the only change is in the YAML config). The experience allows developers to focus on what matters – their code – while Dapr handles all the messy boilerplate. This, in turn, vastly improves the velocity of engineering teams and allows them to build consistent, reliable and highly scalable applications across cloud and edge.

Dapr is free and open source and serves as the technical foundation enabling Diagrid’s commercial vision: Distributed Systems as an API. Imagine building a serverless application on AWS Lambda where all you need to focus on is the logic of every Lambda while Diagrid’s Cloud handles crucial but messy elements like service invocation and service-to-service communication, state management, pub/sub, secrets, etc. With Diagrid, any container or serverless runtime becomes a full-fledged application platform; you can kiss these Frankenstein architectures “goodbye!”

And so, it’s after many years, many coffee chats, many strategy sessions, many dinners and more that we’re excited to announce that Amplify led Diagrid’s $4.2 million Seed round that closed in January of 2022. Today, we’re even more excited to share that we’re doubling down on that initial investment as part of Diagrid’s $20 million Series A led by our friends at Norwest.

We can’t wait to watch these amazing people, take this transformative project and turn it into a generational business!