I grew up in Metro Detroit. My mom came from a first-generation immigrant family and worked as a nurse, and my dad had a pizzeria. It was always a struggle to make ends meet and I didn’t have much in the way of toys, but when I was five years old my uncle gave me an original IBM PC. I had no idea what to do with it initially, but it was all I had, so I started tinkering and learned how to write some basic code.

Although the pizzeria struggled, my dad knew sales better than anyone. He eventually sold his pizzeria and started a new business making bread and dough for restaurants. This was a very crowded space (surprisingly!) so he leveraged the importance of building relationships and winning over customers with a high-quality product. From an early age, my dad taught me a lot about sales and how to work with people.

In 2005 I had my first real break – I was offered an internship at Google working as a UX engineer. As a kid from the Midwest who’d never been to California before, I was enamored by the whole experience. I was lucky enough to be hired full time, and after a couple of years, I left Google and joined an infrastructure startup as a sales engineer. It was the perfect role for me because, while I was an engineer at heart, writing code took me too far away from customers, and I always yearned to be able to work directly solving problems in the field. I had discovered a role that allowed me to do exactly that!

Over time, through the course of seeing hundreds of different customers, teams, and leaders in the field, I developed a sort of playbook (without realizing it at first). As I started to move up as a leader and build my own teams, I started thinking about how best to teach others these tactics and formalized a lot of my strategy into an adaptable curriculum directed at the enterprise.

Eventually, I took a job running Strategic Accounts Solutions Architecture at AWS. There were some incredibly large and complex deals that we prosecuted, including the largest in history of the company. I remember thinking initially, “Now that I’m with an enormous company selling to other enormous and important companies, this is going to be totally different.” But fundamentally, the basic sales principles my dad taught me still applied. It didn’t matter if it was a multi-billion dollar deal or a $20,000 deal. What mattered most throughout was building trust to earn a customer’s business.

I decided I wanted to apply all of my presales technical experience to lots of different companies and customer bases, as opposed to just one or a very small number of accounts. I realized I could bridge the gap for enterprise-focused technical startups that are too early to hire a strategic sales team but are still very much in need of the benefits of having that function early-on.

Amplify gave me the opportunity to help young companies refine their vision and messaging, figure out their go-to-market strategy, and close their first few deals. This allows our companies close early deals in a predictable and repeatable way, as well as building out their own full-fledged sales team.

Simplicity is what closes great deals. Even when you’re working with engineers or domain experts who say they understand and believe in your space, you’ve got to boil everything down to a very simple value proposition. I’ve been a part of hundreds of extremely complex sales cycles involving some of the most intricate tech on the planet, but we never let any of that get in the way of a crisp, clear, simple story.

Great enterprise selling is about understanding a prospect’s problems and the issues they care about most – and those issues and problems may not (and often won’t) be directly solved with your product! It’s crucial to first start by establishing trust and the ability to be a trusted advisor for this set of specific issues. Nothing else can occur until this is done. Once there is a baseline, the next phase is about the confluence of several key attributes. Specifically- the overall solution as integrated with multiple technologies, illustrating the value that working with your team will create as trusted advisors, and the specific outcomes along with the detail of how we achieve them. The conversation about your product and the specifics of what you’re building comes much later.

On Working with Founders

I believe in earning respect. I really value my relationships, and work hard to be a true ally and partner.

I typically work with portfolio companies as a fully immersed team member. I’m not on the board or considered an Amplify partner when I’m working with companies in this capacity — that wouldn’t be fair. I work in the same way an in-house sales leader would, with no biases or obligations to anyone except the company I’m working with.

My wife and I have three young kids, so that keeps us pretty busy! Also, I love cars. Endurance racing, tinkering with different ways to optimize performance, and generally appreciating the differences in experiences across vast different types has always been a hobby and passion of mine. We live in such a virtual world, so I enjoy having physical, mechanical things like cars to work on and learn about. The adrenaline sport also helps!

An avid fan of racing, and a race car driver himself! 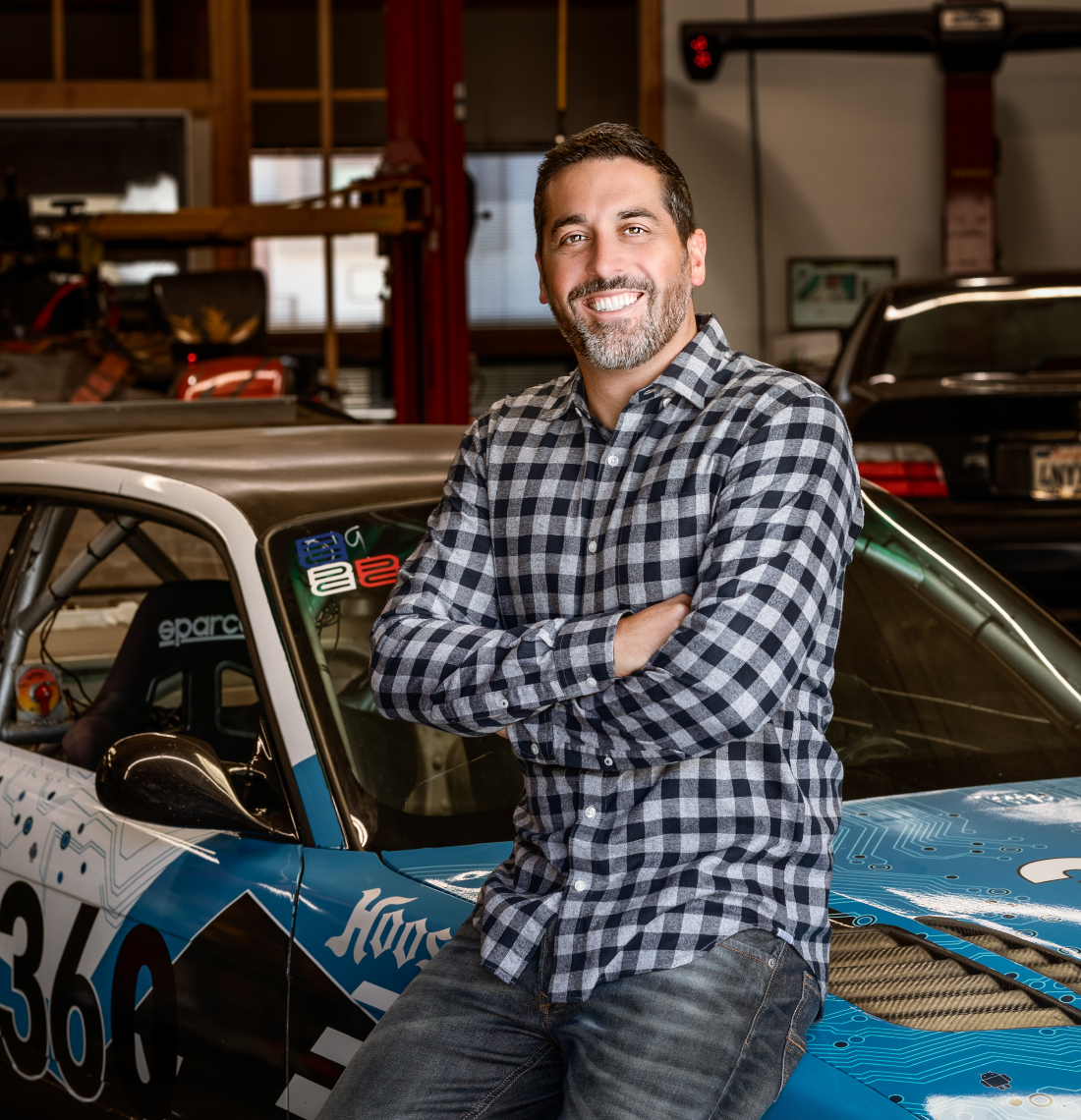 Mark is an invaluable resource and an extension of our team. He’s in our Slack, I always text him and call him weekly. He knows how people buy technical products and companies' challenges as they go through it for the first time.

Mark helped our company scale before we had a full executive team. His mentorship, feedback, and engagement during our CRO search was indispensable.

An avid fan of racing, and a race car driver himself!